Envy is a cursed fire, seen from afar. White hot, bloodshot eyes, a silent scream, an unnoticed death. Oh, how misinterpreted, such a beautiful thing! Oh no, not a raging fire–a candle lit and put in a window, the caring gesture of a mother hoping her child will come home.

Oh envy, I have not thanked you. I did not know you! My spirit was embittered. I must have seemed like a senseless animal to you. Yet I am still with you. You hold me by my right hand.

All envy is a longing for beauty. Envy is a heart aching to bloom into all it values and desires to be. Your purest Child self envisioned such beautiful petals for you; still wants the best for you, desires your ultimate goodwill. To be separated from what our Child self envisioned for us…however small, quiet, or hidden she or he may be…that is what causes us pain. Envy, I did not know you want the best for me. You show me how deeply I cared for myself.

Can you hear my voice? I think you lost my voice in the fray, telling you I only wanted goodness and beauty for you; how pure my intentions were, and how I’ve tried to love you all along. Please let me love you. Please accept my gift.

May you be happy, healthy and whole,

May you have love, warmth and affection,

May you be protected from harm and free from fear,

May you be alive, engaged and joyful,

May you experience inner peace and ease.

When my oldest niece was in her mother’s womb trying to be born, she was stuck inside her amniotic sac which would not break. Her mother’s uterus contracted over and over, willing the baby out; yet the sac of water stayed intact, bouncing back against the little arms and head. This continued throughout an awful night till the water finally broke early morning around dawn.

I picture the tiny child inside this watery, pink cocoon, knees and elbows trying to be born.

In the evening, when a wave reaches the furthest part of shore, trillions of miniature white bubbles floating on the surface make it look, for those fleeting moments in each swell, like a knitted baby’s blanket wrinkled from sleep. You think—almost—you could pick up the delicate coverlet between your thumb and forefinger and read Goodnight Moon.

The changing undulations in the wave look like wrinkles in the same way the sunset clouds look close enough to touch (they always seemed so) and if you convinced yourself you really could touch them, why, maybe they’d take you out West with them. You wouldn’t shed a tear of remorse, you wouldn’t even pack your bags. You’d grab your white blanket and exclaim breathlessly, “I’m not too late, am I?!”—as Mary Oliver wrote, “as if delight were the most serious thing you ever felt.”

There were pink summers I remember as a child. Pink clouds at sunset created a golden-pink haze that reflected off of everything it touched. White blankets were dyed pink, the once yellow patches of grass were pink, the sand was pink, the sidewalks were pink, peoples’ smiles were pink.

Bells rung a slow hymnal melody at six o’clock each evening from a little chapel down the street. I would stop to listen, not breathing.

It was warm, and there were flowers everywhere I went: jasmine, camellias, lantana bushes, a lilac tree. I was perpetually intoxicated by floral aromas and delirious in a warm, pink haze.

I ran home across the park with my arms wide open and my eyes shut. I could cry just recalling it. 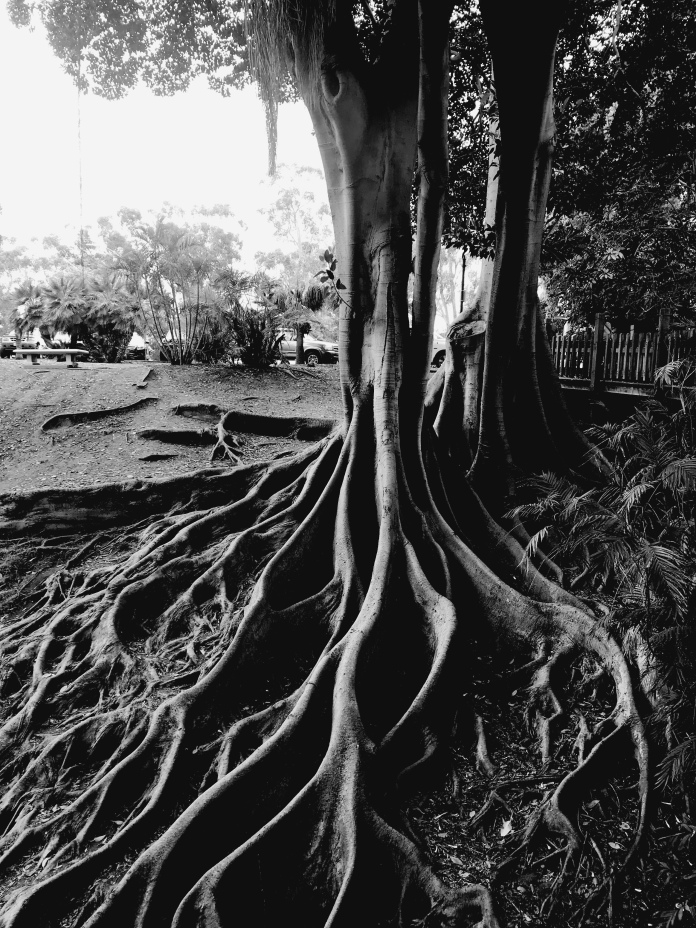 “When we are stricken and cannot bear our lives any longer, then a tree has something to say to us: Be still! Be still! Look at me! Life is not easy, life is not difficult. Those are childish thoughts. Let God speak within you, and your thoughts will grow silent. You are anxious because your path leads away from mother and home. But every step and every day lead you back again to the mother. Home is neither here nor there. Home is within you, or home is nowhere at all.”

Standard
I’m not sure where my twenties went. They’re pretty much over. I still ask myself what they meant. I feel as though I spent a large part of my twenties being lost, literally and figuratively. About a quarter of my gas tank would be spent in just backtracking after u-turns on long roads somewhere out in Oregon or Washington, god knows where. Some memories are crisp, poignant, definitely a moment in time with dialogue. Others are more of a flavor, pictures fleeting at shutter speed.
I grew up in the central valley of California. My twentieth birthday–August–my family and I had dinner together at our dining table and watched Judy Garland in “Meet Me in St. Louis” that night. I had returned from a spring in Zambia a couple months before; spent the summer in a sort of golden haze with my pregnant sister, her husband, and a guy I would later date.
I was always lost, in a way. There’s a paradoxical ambivalence some idealists experience that manifests as a convulsive ecstasy in your freedom, but is mixed with a growing panic of wanting to fit your puzzle piece in its place—where your spirit quietly, orgasmically, whispers yes.
I have a mosaic in my mind of winding roads and pine trees in Santa Cruz, seals and porous rocks in Monterey; Big Trees, Yosemite, the seeping fog on Embarcadero in San Francisco, Mount Shasta, and state parks hardly anyone goes to. I guess I went to college, too. I recall road trips more remarkable to me than college.
This isn’t working. I need to be more. It ate at me like gangrene. (Somehow graduating from college means you’re qualified to make smoothies.) I did a lot of driving—driving to where I was more. Too many hours of solo driving, hundreds of thousands of pine trees; a cold, poky town called Spokane you could experience by browsing through a few pretty pictures, then call it day; out to BC some February; Glacier National Park. The latter half of this decade I have snapshots of waterfalls in Portland, more hikes than I can count, Powell’s Bookstore, ringing countless doorbells knowing I wouldn’t recognize who would answer, small-group dinners, couches we talked on till we stumbled out the door at 2 a.m; Alaska, Alberta, many prayers over me in a dark sanctuary, allowing myself to write in San Francisco, and a hell of a lot of loneliness. The strangest part is, even when I belonged I didn’t feel completely at peace.
A restlessness has plagued me nearly my whole life–a restlessness for eternity, I suppose. The type of eternity where you are truly here; where there is no such thing as back then or not yet; where experience is one blissful moment of a prolonged now. The type of eternity like when you…laugh. I almost wonder if now would be too overwhelming, too magnificent, to experience–the whole sky falling upon you saying, “This is everything! Don’t drown in it!” Ah, fullness of joy in the eternal now!
But then, what if it were underwhelming? Isn’t that what we’re afraid of? This is all there is…is it enough for you?
A saying by T.S. Eliot was quoted twice in a book I read not too long ago, as if once weren’t enough to digest it. “We shall not cease from exploration, and the end of all our exploring will be to arrive where we started and know it for the first time.” Accepting what is always felt like admitting defeat to me. Years ago I would have protested in a headlock with the less than ideal, “You’ll never take me alive!” Nowadays we stare at each other while I wonder which one of us is really the enemy.
I still have 477 miles to drive…some place down south they say the sunsets are sublime, the weather is always warm, and I pretend is my personal secret. I’m moving yet again, but it’s different this time. I don’t know about “finding” oneself, but I do know about knowing oneself. If we took Eliot’s advice quite seriously, we might abandon the endless exploration of finding ourselves, and seek instead to know ourselves. I’ve tried suspending what was familiar–the dissatisfaction, the farsightedness–if only temporarily. I choose to believe that everything isn’t far away. Instead of merely hoping, for the first time, I have given myself permission to be home. I choose to accept that I am here. I choose to accept that here is where I am.
.
.
.
.
.
.
.
.
.
.
.
.
.
.
.
.
.
.
.
.
.
.
.
.
.
.
.
.
.
.
.
.
.
.
.
.
.
.
One word of advice: if you miss that Y turn northbound in Sacramento, don’t think you can take the 395 all the way up to Spokane. You may get banished out in eastern Oregon somewhere on probably the godforsaken 20 and the middle of nowhere. Hope you didn’t start out too late. In winter.
Standard

I thought I had to wait–

I thought I had to travel this long road to get to an end I hoped was there.

All the beauty has been here. All the doors have been open, begging me to acknowledge them.

He says, You have always been with me, and all that I have is yours.

I don’t know what to do with my life–not the whole of it, just all the pieces.

I don’t know what to do with my years.

I don’t know what to do with my weeks.

I don’t know what to do with my days.

I don’t know what to do with my hours.

I don’t know what to do with my minutes.

I don’t know what to do with my seconds.

My moments are a womb the size of the whole world, longing for a child; some grand space feeling its weight, longing for something it was made for.

All that is offered up to me feels like a strange joke gift, an empty box I was supposed to put something in, an empty space that needs to be filled.

I’ve second guessed till I’m crazy what’s truly worthy of filling so much space–how much will matter at all in the end. The space itself doesn’t always seem to matter. So many times I’ve rashly thrown my belongings out the second story window, so to speak, allergic to all that’s stale, dead, the past; things that seem to hold the appeal of Christmas in January. A theme, I’ve noticed.

The heart meant to love that has no one to care for ends up with too much space for infinite moments, drowning in so much air.

I listened to this for the first time at an Airbnb in Golden, BC. My hosts were having sex on the other side of the paper-thin wall and I wanted to blow my brains out. I felt like a walking irony–or maybe the whole situation that I was saturated in was ironic, and I was the un-amused bystander.

Banff was breathtaking. Canada seems to have more hues of blue than anywhere else on earth. Even in the midst of the lakes and trees and the snow-capped Rockies, I told myself–for the second time around–that I would never take another solo trip again.

I heard this song. I wept something hard, like I would suck up the rest of the air in the world. I was homesick, but not in a natural way, where one feels that as long as she can go home then this heavy ache will be alleviated. I couldn’t put my homesickness anywhere, like feeling nostalgia while gazing into a framed photo or affection while clutching a love gift. Where do you want to go, back to San Francisco? No. Please. Not there.